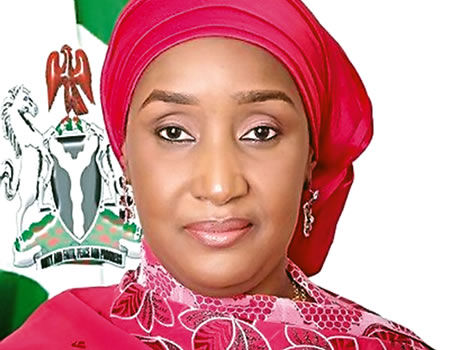 The Honourable Minister of Humanitarian Affairs, Disaster Management and Social Development, Sadiya Umar Farouq, on behalf of the Federal Government, has condoled the family and the Kano State Government over the killing of the five-year old pupil Hanifa Abubakar, who was allegedly kidnapped and murdered by her teacher, Mr Abdulmalik Tanko, at a private school Noble Kids School, located in Kwanar Dakata in Nasarawa, Local Government Area of Kano State.
The Minister in a press statement issued by the Permanent Secretary of the Ministry, Bashir Nura Alkali, says the Federal Government condemns in totality the inhuman act done to the five- year old pupil and similar incidents in other schools across the country, assured that all the perpetrators must face justice.
Farouq saddened by the circumstances of the girl’s death prayed for Allah to accept the soul of the departed and grant the parents the fortitude to bear the irreparable loss.
She said the Federal Government will ensure that justice is done in the matter.
The Minister commended the prompt action taken so far by the Kano State Government on the withdrawal of the licenses of the two schools named in the tragedy and the constitution of a ministerial committee to ensure justice is done in the matter.