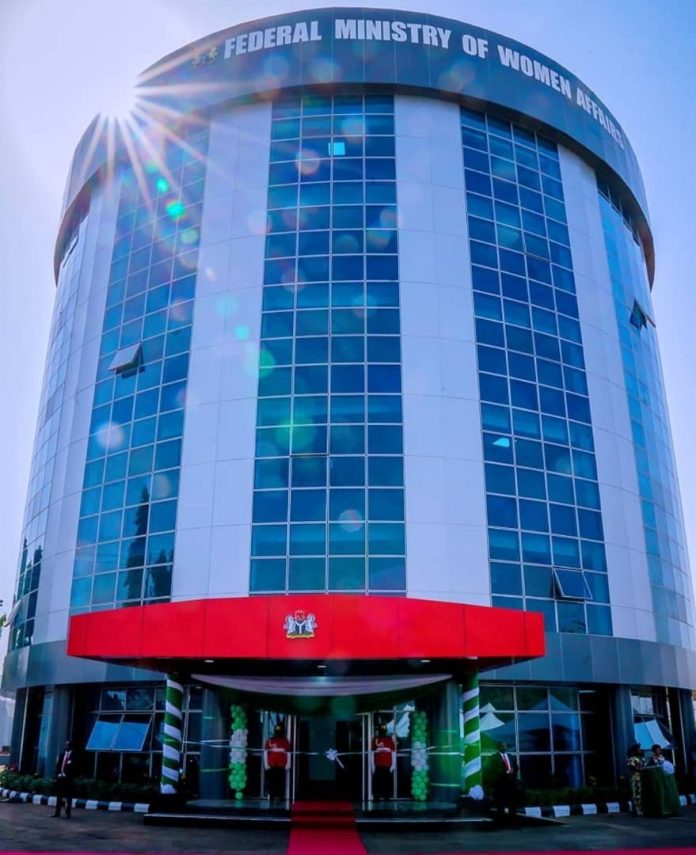 The John Hopkins Program for International Education in Obstetrics and Gyncachology (jhpiego) have been commended for working seamlessly to improve the lives of Women and Children in Nigeria.

The commendation was made by the Minister of women affairs Dame Pauline Tallen when the Country Director of jhpiego; Dr. Ade Oniyire paid her a working visit in her office in Abuja on Tuesday, 2nd February, 2021.

Dame Pauline Tallen said that the focus of jhpiego, in the third world, boarders, more or less on issues that challenge women and children’s well-being in Nigeria and the developing world.

The Minister said that the issues of women mainstreaming are cross-cutting and should dominate discussion at the International forum during and after Covid-19 pandemic.

Women are politically, economically and educationally backward. Women are confronted with health challenges, deprivation and hunger. There is therefore the need for development partners to come up with programs to bail women out of these predicaments.

Some of the issues that require international intervention include; education, health, agriculture, portable water, security, environment and energy, she said.

The Minister said that her Ministry has placed the issue of girl-child education on the front burner and called for international support so that girl-children in Nigeria and other third world countries remain in school up to, at least, Secondary School level.

Some other areas for collaborations with donor partners that she highlighted are; in the area of political, emancipation and socio-economic participation of women in nation building.

She said that there is the need to increase the velocity of advocacy so that state governments would see the need to domesticate the Child Rights Act, the VAD and other law instruments in favour of women.

There is also the need to collaborate with the Ministry of Health to eliminate all forms of harmful practices including Female Genital Mutilation and other forms of Gender Base Violence.

The Minister said that, the Ministry is tackling the issues of gender mainstreaming from all angles so as to create a Nigerian Society that is safe for all its citizens.

Earlier, the Country Director, John Hopkins Program for International Education in Obstetrics and Gynecachology (Jhpiego), Dr. Ade Oniyire said that the visit will afford him the opportunity to learn, from source, the most critical areas for collaboration between his organization and the Ministry of Women Affairs.

Dr. Ade Oniyire said that jhpiego has been around the country and other parts of Africa from the year 2007.

He said that the Bauchi program has more to do with family issues such as health, child marriage, VVF and the likes. Adding that the project is funded by USAID with the assistance of other UN donor agencies.

The Permanent Secretary of the Ministry, Ambassador Anthonia Ekpa stressed the need for Jhpiego to work with the Ministry’s program Directors so that they would be in good positions and are well equiped with knowledge on jhpiego programs to advise the Minister properly.