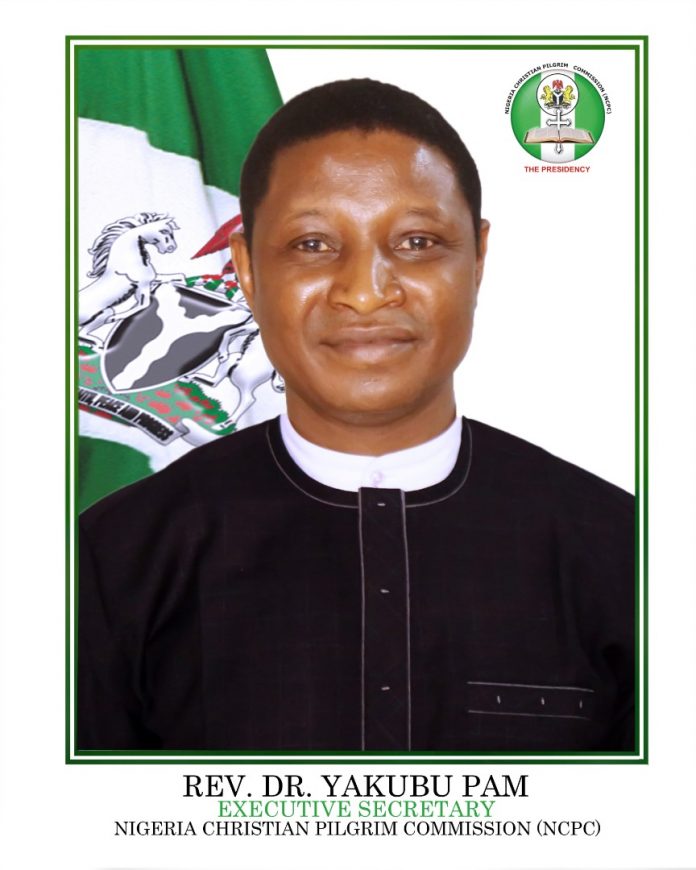 The Executive Secretary of The Nigeria Christian Pilgrim Commission Rev. Yakubu Pam has said that the situation in the North East region of the country had become a concern for every Nigerian. He disclosed this on Thursday, 20th August, 2020 while playing host to the executives of the North East Students Peace Foundation who paid him a congratulatory visit in Abuja. In the words of the NCPC boss, “The North East is a region of concern for every Nigerian, it is giving us a negative image because of the lost of lives of innocent people which has resulted to the springing up of internally displaced persons camps (IDPs)”.

He expressed his deep sympathy with the people of the North East region in particular and the entire Northern Nigeria in general. The NCPC boss though deeply touched by the situation in the North East stated however that he could see a solution coming the way for the region with the caliber of youths represented by the executives of the North East Students Peace Foundation. According to him, “I am seeing a solution to this problem, we have seen youths with a change of mindset like you”. He further affirmed, “When we have youths like you displaying an exemplary leadership style for the people, I am sure a lot of youths with negative mindset will be converted”.

Rev. Pam further explained that without a change of mindset there would be no development. He told them that they possessed the right charisma to influence other youths who are adamant and who see nothing good about this great Nation.

He urged them not to limit their activities to North East alone, because the whole Nigerian needs to know them because they have the charisma and character.

The NCPC helmsman assured them that he would do his best to collaborate with them on the area of peace and inter faith harmony.

Earlier, the President of the Association, Comrade Mujahed Tahir informed the No. 1 Christian Pilgrim Officer of the Federation that the body was formed as a result of the insurgency in the North East and was primarily established to engender peace and harmony.

He explained that both the two dominant religion – Christianity and Islam preach peace.

Comrade Tahir also stated that part of the foundation’s mandate is to select credible individuals who had done the nation proud by honouring them with a distinguished leadership award even outside the North East. According to the President of NESPF, “Our country needs leaders not rulers”. He described the NCPC boss as a master strategist, a peace builder and a man of character”. He added, “you have always try to be ahead of others”. He explained that Rev. Pam possessed all good principle standards of governance hence he deserved the highest award of the foundation.

Comrade Tahir also thanked President Muhammadu Buhari for appointing Rev. Pam as the Executive Secretary of the NCPC. His words, “In all the appointments Mr. President has made, this is the best appointment so far”.

The highlight of the visit was the conferment of the Five Star General of Aluta-Grand Commander of Northern Nigerian Youth, GCNNY on the Executive Secretary